There is a book in my library entitled “The Radical Wesley”.  I had forgotten about it, stumbling across it while looking for something else.  I saw it and my first reaction was to shudder at the word “radical”… immediately associating it with all of the media’s talk of “Radical Islam”, etc.  Then I flipped through it and remembered this book was written back in the 1980’s… when Radical Christianity meant something entirely different.

I am a lover of words; I find deep power and intimacy in their distinctions.  I am also fully aware that words get hijacked and new meanings are sometimes culturally assigned.  Yet, I do not want to see us attach baggage to some of the great words we use to describe our own faith journeys; Radical being one of them.

Once, the word “radical” applied to Christians (and Methodist), and it did so in an honorable way. There was a point where we aspired to being Radical in our Faith.  Being counter to our culture, taking the passion and the drive of life and applying it in how we approach our relationship with Jesus Christ.

But even that has had its detractors.  Michael Horton wrote Ordinary: Sustainable Faith in a Radical, Restless World and argued against specifically that.  He posed that “if we are justified by faith in Christ alone, then we need not be anxious to show how spirit-filled we are by living extraordinary, radical lives.”

That is more in line with where we find ourselves, now, in America: Afraid to show the Spirit.  Let me stop and say… It is a really good book, with much that I can agree with.  Except this move towards every-day-ness faith. Horton is lashing back to the overuse of the word radical… I get that!  But going down this path means Radical is now bad.  Moderate is now Good.

And most of Christendom seems to agree. When did that happen?

I cannot help but recall a warning in Revelations 3:

15‘I know your deeds, that you are neither cold nor hot; I wish that you were cold or hot. 16‘So because you are lukewarm, and neither hot nor cold, I will spit you out of My mouth.

The translation is a tad off, from what I can read in the blue letter Bible. The Greek word is emeo, which better translates “I will vomit you out of my mouth”.  Much more graphic and really lifts the vileness of the situation to a new level.

We are not, never have been, never will be called to be moderate.  All of the Scriptures decry that.  It also does not call us to be “anxious to show how spirit-filled we are.”  I am fully aware that is not what Horton was trying to say, yet that is the extreme to which a lot of readers take it.  We are not here to show off which of us is more pious, nor are we to duck our heads and just be simple.  Good gracious, is there no middle ground?

Maybe it’s too late to reclaim the word Radical.  I guess we will have to find a good thesaurus, instead.  That’s too bad because it would be more fun and accurate to call Radical Islam something like Malformed Mutant Militant Islam…. Even though it would be a mouthful. 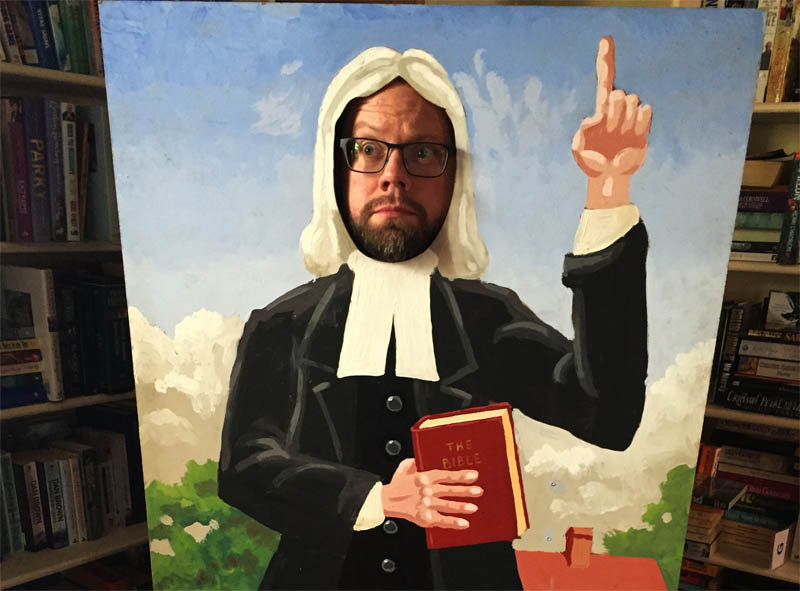